If you thought using the last jailbreak for the iPhone was easy, Spirit, get ready for the new one. Comex, along with the rest of the iPhone Dev Team have launched www.jailbreakme.com, a site that allows you to jailbreak the iPhone from within the phone’s browser. That’s right without any cables, connecting to a computer or typing lines of code. 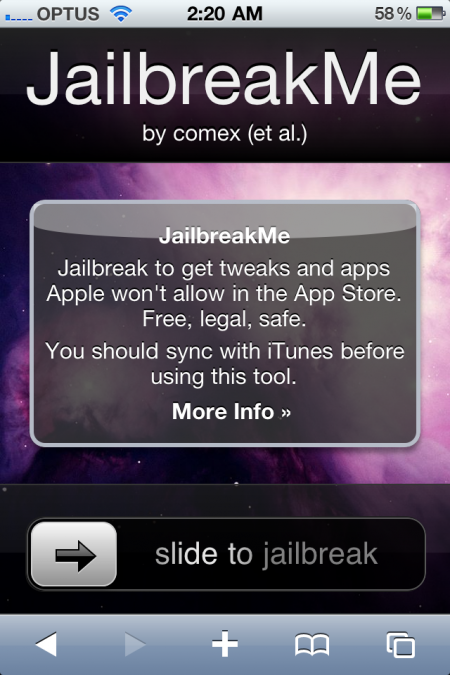 Just go to www.jailbreakme.com on your iPhone and swipe the “slide to jailbreak” button and the rest is done for you within minutes! You don’t even have to reboot the phone. I don’t think we will ever see a jailbreak as good or as easy as this again. The iPhone Dev Team really have outdone themselves this time.

Feel free to drop those boys a donation if your feeling the love.

Apple Australia has just launched their iPhone 4 case program for Australians at the following site: https://www.apple.com/au/iphone/case-program/

All that you need to do is download the app titled “iPhone 4 case program”. Just to a search for it and it will come up.

I ordered the “Griffin Reveal Etch iPhone 4” case today, which one are you getting?

Virgin Mobile Members Lounge has released pricing for the new iPhone 4 today on twitter. Check out the pricing in the below image: 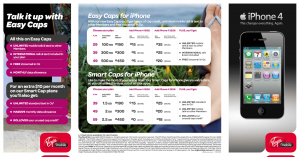 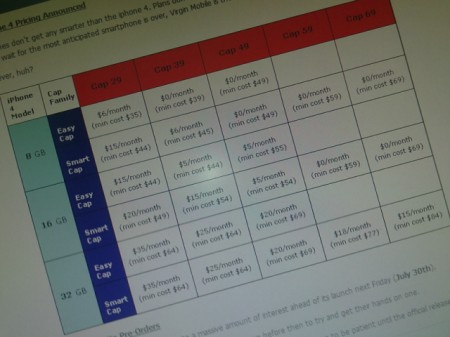 Updated
Plans can be found now on the website here: https://www.virginmobile.com.au/en_au/vma/promos/iphone/plans/

After investigating this issue I discovered that if I turned off my anti virus, Kaspersky Internet Security 2010, the site would run fine. After taking my questions to Google I found it has to do with Apple using third parties to host images and some of those third party solutions use some incorrect code. A Kaspersky representative had this to say about the issue on the Kaspersky forums:

We have analyzed problem with apple.com WEB-resources.
Apple use third part CDN for content delivery.

Some Akamai’s proxy servers roughly violate the http-standard for output content.
Substantially for the USA customers.

It looks like updates will be pushed out soon to fix this problem but in the meantime you can fix it yourself by adding apple.com to your list of exceptions.

Steve Jobs has announced that the iPhone 4 will be released in Australia and 16 other countries on the 30th of July 2010. Apple made the announcement during a small press conference they called after the several weeks of bad publicity about the antenna problems. 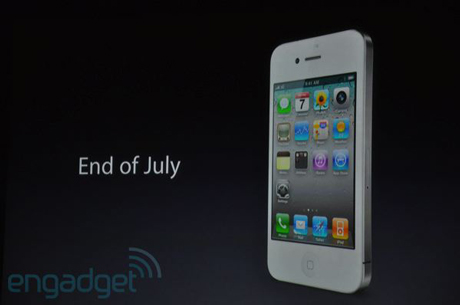 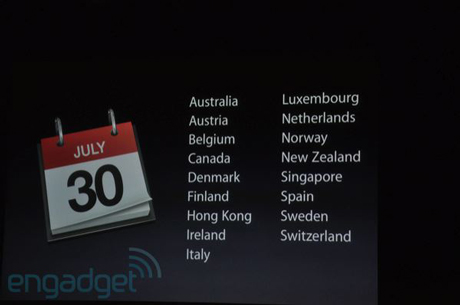 Steve Jobs has announced that the iPhone 4 will be released in Australia and 16 other countries on the 30th of July 2010.